In 2014, JAE was approached to find a solution to reduce the running cost of continuous miners, in particular, the usage of torque shafts, clutches and planetary assemblies.  After extensive testing and discussion with customers, JAE was able to offer a new solution, designed in 2015: a new continuous miner customised for hard cutting conditions.  The Wildcat was designed and built from the ground up.  The prototype was displayed at the end of 2016 at Electra Mining. In 2017, the JAE42 Wildcat went into operation for a 6 month trial period to prove the design philosophy and cutting system was sound. After the successful trial, the Wildcat was adapted for a higher seam and the JAE42H was sold in 2019 to a mining customer.  Based on the success of the JAE42 Wildcat, the mining customer has since ordered of a smaller continuous miner namely the JAE38 Wildcub, which will be delivered in January 2021.

In addition, the customised JAE42A has recently been supplied for a punch-mining solution in Australia. 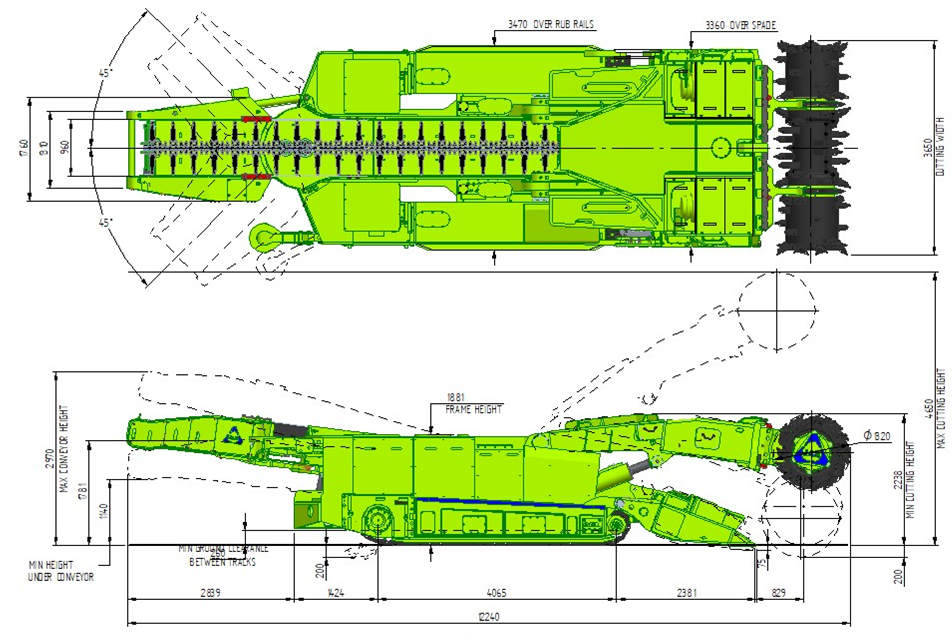 Please note that information is for reference only.  A sales order will determine final customer specification which might influence final machine dimensions and performance.

We use cookies on our website to give you the most relevant experience by remembering your preferences and repeat visits. By clicking “Accept All”, you consent to the use of ALL the cookies. However, you may visit "Cookie Settings" to provide a controlled consent.
Cookie SettingsAccept All
Manage consent

This website uses cookies to improve your experience while you navigate through the website. Out of these, the cookies that are categorized as necessary are stored on your browser as they are essential for the working of basic functionalities of the website. We also use third-party cookies that help us analyze and understand how you use this website. These cookies will be stored in your browser only with your consent. You also have the option to opt-out of these cookies. But opting out of some of these cookies may affect your browsing experience.
Necessary Always Enabled

Performance cookies are used to understand and analyze the key performance indexes of the website which helps in delivering a better user experience for the visitors.

Analytical cookies are used to understand how visitors interact with the website. These cookies help provide information on metrics the number of visitors, bounce rate, traffic source, etc.

Advertisement cookies are used to provide visitors with relevant ads and marketing campaigns. These cookies track visitors across websites and collect information to provide customized ads.

Other uncategorized cookies are those that are being analyzed and have not been classified into a category as yet.